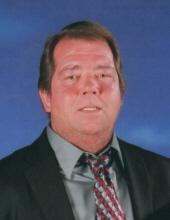 A 1982 graduate of Ottumwa High School, Kelly owned and operated Horsman Tire along with his dad. He then worked for the City of Ottumwa Public Works Department.

Kelly was a member of B.P.O. Elks Lodge #347 and the Teamsters Local Union. He was a huge Iowa State Cyclones fan and enjoyed classic cars and music.

He was preceded in death by his parents, and in-laws, Harold Harter, Carolyn and Bob Pilcher.

Visitation will be open at 11 a.m. Thursday, October 14th at Reece Funeral Home with the family present to greet friends from 5 p.m. to 7 p.m. Thursday.

Funeral services will be 10:30 a.m. Friday, October 15th at Reece Funeral Home. For those unable to attend the service, it may be viewed on the Reece Funeral Home Facebook page. Burial will be in Shaul Cemetery.

Memorials may be made to Make a Wish Foundation.