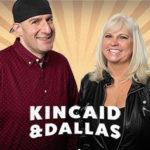 About Kincaid
Originally from Maryland, Kincaid has worked in Minnesota, New York, and Denver. He now lives in Georgia with his wife and two young sons, and hosts Kincaid & Dallas from WKHX-FM’s Atlanta studio. The program airs locally on New Country 101.FIVE and is syndicated nationally.

About Dallas McCade
McCade started her radio career at the age of 13 in Alexander City, Alabama. After securing her license at 14, McCade worked at a local radio station throughout high school. She is now based in Atlanta in the New Country 101.FIVE studios and enjoys time on her farm in Paulding County, where she keeps company with two horses, two donkeys, eight dogs, and six cats. 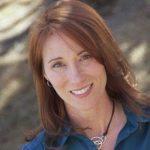 I was born in a small town near Birmingham, AL and raised in Florida. I’ve called everywhere from the beach to the mountains home and consider enjoying the outdoors second nature. My earliest memory has to be riding my tricycle around the block, and way too close to a busy road. I got in big trouble for that! My second earliest memory is playing DJ and singing along to every song. You could say the influence of radio stayed with me all the way through college, where I majored in Communications.  Lately I’ve discovered a knack for working with horses so I volunteer at a ranch, just grooming the horses and generally seeing to their well-being. It does me a lot of good to do something worthwhile with my spare time.  Country music has been a big part of my life from the start, singing along to Charlie Pride, George Jones and my favorite, Ronnie Milsap, with my dad on road trips. These days, new artist Cam is one of my favorites, and I have a soft spot for Dierks Bentley. Even though I have lived all over the country, home is wherever friends, family, delicious food and awesome music are found. I’m glad to have found a home on the radio with you!

I was born in Texas but was quickly whisked a little farther north to Colorado, and then at age 9 my parents decided that we didn’t have enough tundra  in our lives so they packed myself, 2 sisters and 2 hound dogs and drove all the way to Alaska.  After fighting off bears and moose and catching king salmon with my bare hands during my adolescence I decided to go chase my dream of being a disc-jockey, so at 18 I took off to Denver.   I worked behind the scenes of radio, did a little schooling and before long I became the typical tortured radio intern… where I was given the name Biscuit.  I thought it would just be temporary but was hired a short-time later by that country station and was told to just keep the name because people already knew me as that.

Hi! I’m Tory, I’m from Pittsburgh and I bleed Black and Gold!  I fell in love with radio while attending Penn State University! I thought, “If I have to work every day for the rest of my life, I can do this and have a blast!”  It’s been 12 years, and I’ve never felt like I’ve “worked” a day of it! I’m a pop culture junkie and I love all genres of music, but Country is truly where my heart lies! I love talking about the latest country tours, TV shows, movies, town happenings, new artists breaking through, the veterans continuing to evolve as the country legends we love and everything in between! Nothing makes me happier than the raspy voices of Dierks Bentley or Chris Stapleton coming through the studio speakers! I’m so thrilled to be spending nights with you and am positive we are going to have so much fun! 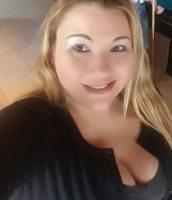 I was born and raised just outside of Boston, Massachusetts. I knew at an early age I wanted to be on the radio. Now you can say, I am ‘living in the dream’. I love anything that has to do with Pop Culture, Music and Football. When I am not watching E! Entertainment Television, I am yelling at the TV, willing the New England Patriots to victory. I cannot imagine a world without music, and I get caught singing in the hallways at work, all the time. Some other favorite activities are Shopping, watching Scandal, and believe it or not, Laundry. I have a wonderful husband who loves it when you call him Honeybear, 3 incredible kids, 2 dogs, and a cat named Tedi Bruschi.

For information about Handicap access or our Public Information File, please contact our General Manager, Greg List, by calling 641-684-5563 x23, or by email at [email protected]
Contact us: [email protected]
© Ottumwa Radio Group | Site Designed and Hosted by RiverBender.com