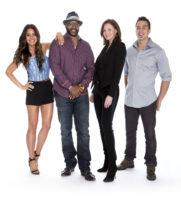 6:00am – 10:00am: The Kidd Kraddick Morning Show
Hosted by Kidd Kraddick until his untimely passing in 2013, this high-energy, non-stop program
is the definition of Personality Radio. Starring Kellie Rasberry, Big Al Mack, J-Si Chavez and
Jenna Owens, this diverse cast takes an engaging approach to entertainment news, shares great
stories from their personal lives, and has tons of fun with celebrity guests! 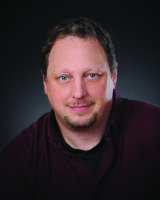 Russ, The ‘Workday Navigator’/’Back in the Day Café Barista’

He’s an avid Disc Golfer, with an eccentric and eclectic taste in music. Quixotic and a bit of an enigma, Russ is a good co-worker. Despite the rumors that he was once fired for playing Plastic wrap dodgeball during work hours.    Did I mention, he’s an avid disc golfer… I mean, literally.
The dude will not stop talking about it!

JVA, international man of mystery, returns to his familiar weeknight spot on Tom FM. His travels took him to many distant and strange lands: the jungles of Brazil, the deserts of Egypt, and the endless shrimp of Red Lobster. He journeyed to the great pyramids, the Eiffel Tower, and the magnificent Carhenge in Alliance, Nebraska. He’s spoken to the Queen of England, shaken hands with presidents, and given the raspberry to Vladimir Putin. So why, after all his adventures, has he returned to humble Ottumwa? Why has he come back to this place, just to pick up his headphones and tell his silly stories between songs?
“Dude, have you ever eaten at the Canteen? That’s the stuff right there.”