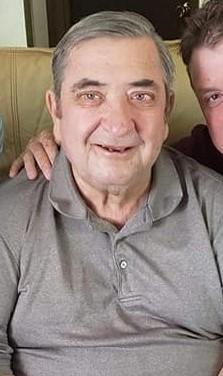 David Guy Archer, age 73, of Moulton passed away Thursday, July 21, 2022 at his home surrounded by loved ones.

David was born on January 6, 1949 in Centerville, Iowa, the son of Walter LeRoy Archer and Geneva (Burton) Archer.  David joined the United States Navy on November 5, 1968.  He served his country faithfully during the Vietnam War and was honorably discharged on September 4, 1973.  On April 16, 1971, David was united in marriage to Mary Hope Bridgeman in Bloomfield, Iowa. To this union, four children were born, Chris, Chad, Troy and Paula.

David worked for almost 30 years for the Norfolk Southern Railway. He held different positions in the company including as a laborer and machine operator prior to retirement.  He also coached minor league and little league for several years.

David was extremely fond of racing cars and watching the races.  He was the biggest fan and the best PR man for his sons, Troy and Chris, son-in-law, Casey’s and his grandchildren’s racing.  He loved being around his family, especially his grandchildren and great grandchildren. They were his pride and joy. He enjoyed taking his family fishing and trapping with him.