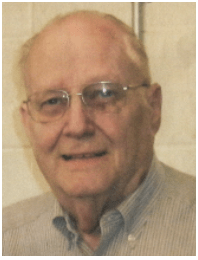 He was born October 2, 1937 in Fairfield to Curtis and Ina Armstrong Reynolds. Darold married Karen Abel on February 28, 1959 and she preceded him in death on January 9, 2022.

Darold served in the U.S. Air Force for 7 years. He had worked at Marshall Motor Coach in Marshalltown, Ottumwa bus barn as a mechanic, taught diesel mechanics at Indian Hills Community College and started Southern Iowa Diesel in 1983.

He was preceded in death by his parents; a daughter, Jodi Kay Hargrove; two brothers, Paul and Harold Reynolds; and a sister, Anna Bailey.

Military honors and burial will be 10 a.m. Tuesday, August 9th at Ollie Cemetery.

In lieu of flowers, memorials may be made to the family.