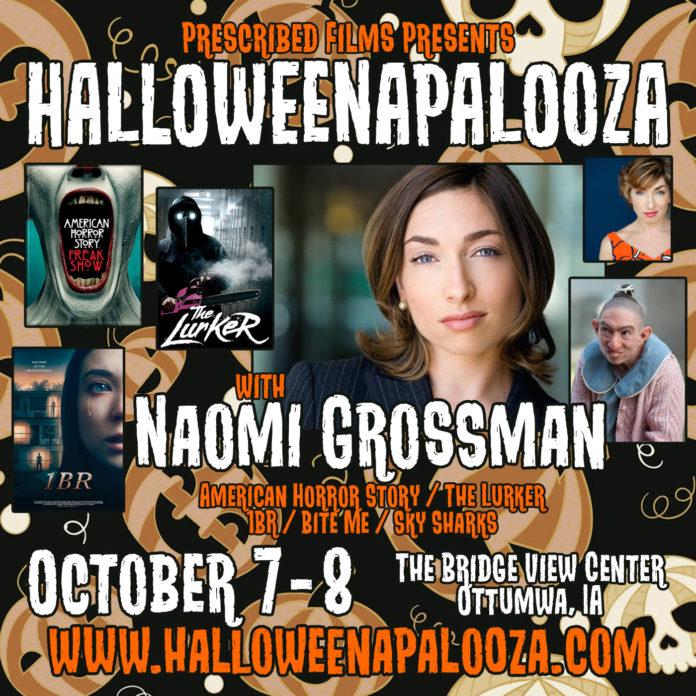 A celebrity guest for Ottumwa’s annual Halloween festival was announced.

Actress Naomi Grossman will be the headlining celebrity guest at Halloweenapalooza 2022 taking place Oct. 7-8 at the Bridge View Center in Ottumwa.

Grossman was a 2018 Primetime Emmy nominee for “Outstanding Actress in a Short Form Comedy or Drama” for her role in Ctrl Alt Delete. Naomi made #5 of IMDb’s “Top 10 Breakout Stars” after her STARmeter skyrocketed to #1, making her the most searched in its entire 8-million-person database.

Now in its twelfth year, Halloweenapalooza is Iowa’s premier horror film showcase–created by horror filmmakers for horror fans. In addition to the film festival which features talented works from around the world, the event includes vendors, panels, a ghost hunt, a showing of “Rocky Horror Picture Show” and more.

Tickets, including special VIP packages, are on sale now at www.halloweenapalooza.com.