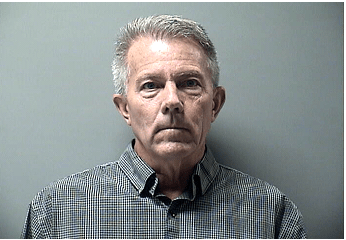 Bruce Lindberg, 63, was charged with simple assault stemming from an incident in February.

Lindberg was accused of hugging and kissing a 10-year-old boy at his office after treating the child.

Lindberg’s lawyers filed to dismiss the charge on May 17.

According to court documents, the case was dismissed because it failed to establish probable cause that Lindberg meant to have the physical contact between himself and the boy to be offensive.

The family of the child filed a lawsuit in May. Lindberg is scheduled to make a court appearance next week in that case.

Also in May, Lindberg agreed to no longer practice as a chiropractor. The agreement between Lindberg and the Iowa Board of Chiropractic states that Lindberg forgoing his license is not an admission of guilt but is a voluntary decision that meets “the Board’s interest in protecting the public.”