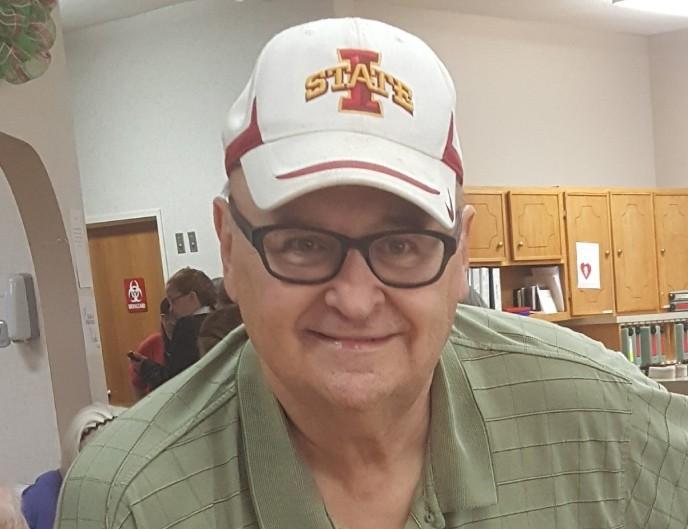 Stephen Lee Shubat, age 71, of Centerville, passed away Wednesday, November 18, 2020 at MercyOne Medical Center in Des Moines due to complications from COVID.

Stephen was born on November 8, 1949 in Wayne County, Iowa, the son of Jay and Myrna (Smith) Shubat.  He graduated from Seymour High School with the class of 1967. Steve had many fond memories of 4H activities and awards while in high school, but claimed his real interest was “muscle cars.”  He continued his education at Iowa State University earning a Bachelor’s Degree in Agriculture.  Upon his graduation from ISU, he returned to the Wayne County Area to farm.  Steve enjoyed the crop farming, as opposed to the dairy farming he helped with while growing up.  Steve never liked those early morning hours “milking.”  For many years Steve worked for the USDA Farm Service Agency in several southeast Iowa offices.  He assisted farmers in obtaining USDA loans.  His heart was never very far from farming.

While a bachelor, Steve enjoyed team roping.  His lasso hung in his bedroom in the later years. The grandkids enjoyed hearing Grandpa’s rodeo stories while watching a rodeo on TV with him.  He also developed many friends during his truck-pulling days.  Steve treasured a model red pick-up that reminded him of his pulling truck.   He had a love for cooking, that developed from time spent with his Grandma Shubat.   He enjoyed trying new recipes, especially spicy ones and was always looking for a new kitchen gadget.  Steve was a loyal supporter of Seymour events and looked forward to the Old Settler’s Celebration every year.  He also enjoyed riding his motorcycle, especially on “vacation rides” with his good buddy, Greg Lowe.

Steve developed a friendship with Mari Ann Porter and they were married until Mari passed away in 2000.  During their time together they had the joy of providing daycare for Mariah Dawn Clark, in their home for several years.  Steve had so many great memories and stories of adventures with Mariah. She had a special place in his heart.

Steve married Deborah Buttel Harbour in 2010.  They enjoyed weekend trips around Iowa to explore.  Steve and Debbie were avid Iowa State fans, and enjoyed trips to Ames for many athletic activities.  With this marriage, Steve gained three stepsons and 14 grandchildren.  That was quite a change in Steve’s life and it took a while to get used to little ones underfoot and in Steve’s words…”the noise.”  He was famous for making pancakes for the grandkids on the mornings of any sleepovers.

Steve was a dedicated son to his mother Myrna, after his father’s death.  He helped his mother get settled in a small apartment and checked on her at least weekly.  He would take her grocery shopping and then laugh about how Myrna would stop in the middle of the aisle to look at something, and he couldn’t get around her on either side.  Steve looked for ways to make things easier for Myrna so that she could maintain her independence.  Myrna would often call Steve to come over and thread her sewing machine when her fingers did not work so well anymore…. he did it and then would stay and have a few orange slice cookies that his mother would make “special” for him.  Steve kept his promise to his father, that he would “take care” of his mother.

Stephen was preceded in death by his first wife, Mari Shubat and his parents, Jay and Myrna Shubat.

Due to COVID concerns, a celebration of Steve’s life will not be held.  Instead, we ask that you think of Steve with a smile, share a thought or story on the Tribute Wall of this website and remember him in prayer.  He will be buried at the Southlawn Cemetery in Seymour, next to his parents and Mari. (southwest corner of the cemetery) Memorials have been established to the American Heart Association and may be mailed to Lange Funeral Home and Crematory, C/O Shubat Family, 1900 south 18th Street, Centerville, Iowa 52544.   Condolences may be shared online at www.langefh.com.