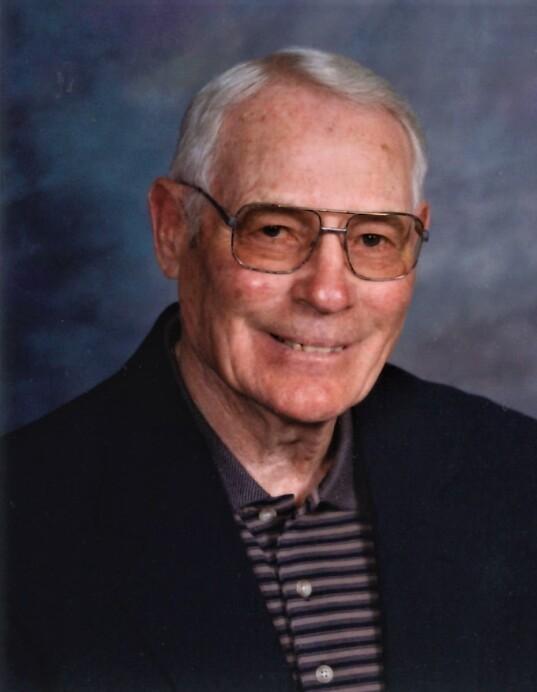 Jack was born on September 6, 1926 in Coal City, Iowa, the son of Clarence and Grace (Blue) Marvin.  He attended elementary school at Hilltown, and graduated from Moulton High School with the Class of 1945.  On December 1, 1944, Jack was inducted into the United States Navy. On March 3, 1945, he was entered into active service.   He completed Hosp. Corp School, and served as a Hospital Apprentice, First Class, SV6.  He served at seven different stations, before being honorably discharged on August 21, 1946.

On March 4, 1967, Jack was united in marriage to Helen (Canalle) Sisul in Centerville, Iowa.  Jack worked on the railroad for eight years before operating heavy equipment for construction work for twenty years.  He also worked for Rathbun Rural Water for five years prior to working for the Appanoose County Law Center for eleven years.

Jack enjoyed reading, fishing, gardening and traveling with Helen.  He was a lifetime member of the American Legion and AMVETS.  He was also a member of the First Lutheran Church in Centerville.

Jack was preceded in death by his parents, Clarence and Grace Marvin; his brothers, Mardell and Harold Marvin; sisters, Freda Falkner, Noreen Yates, and Lucine Owens; and a step grandchild, Melissa Norton.

Graveside services will be held at 10:00AM, Monday, November 23, 2020 at Oakland Cemetery in Centerville with Rev. Jeremy McElvain officiating.  Memorials have been established to either the First Evangelical Lutheran Church of Centerville or the Hilltown Cemetery Association, and may be mailed to Lange Funeral Home and Crematory, C/O Marvin, 1900 South 18th Street, Centerville, Iowa 52544.  Condolences may be shared online at www.langefh.com.