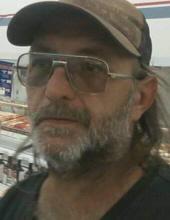 He was born August 15, 1956 in Ottumwa to William and Dorothy Hannah Ross. He married Kimberly Wirtz January 10, 1992.
Ronald worked for Perkins in Burlington for 8 years and Excel in Ottumwa until 2011.

He was preceded in death by his parents; an infant brother, Richard; a grand-daughter; and a sister-in-law, Marilyn Ross.

His body has been cremated and no services are planned at this time.