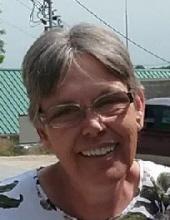 A 1978 graduate of Ottumwa High School, she had attended Vernard College. Rhonda had worked as a cook at various long-term facilities including Homestead Assisted Living in Oskaloosa, retiring in 2019.

She was preceded in death by her father.

Her body has been cremated and no services are planned at this time.