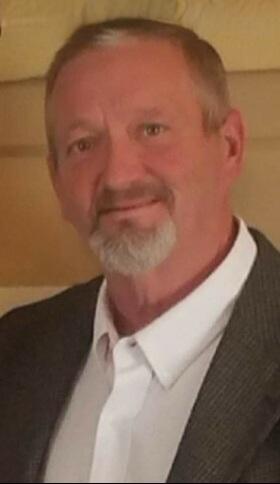 Richard “Rick” L. Denton, 56, of Eldon passed away at his home at 3:01 PM Saturday, August 13, 2022.  Visitation will open at 2 PM with the family present 5:00 to 7:00 PM on Wednesday, August 17, 2022, at Cranston Family Funeral Home in Eldon.  A memorial service will be held at the Living Hope Bible Church in Eldon on Thursday, August 18, 2022, at 10:30 AM with pastor Mark Clark officiating.  Burial will be in Vernon Cemetery east of Keosauqua.  Memorials to Hospice of Davis and Wapello Counties may be left at the funeral home, Church or mailed to the family at 306 Water Street, Eldon, IA 52554.

Rick was born on October 15, 1965, in Martin, Tennessee, to Richard Denton and Viola Stafford.  As the son of a United Methodist minister, Rick lived in many towns between Memphis and Paducah.  He graduated from Paducah-Tilghman High School in 1983.  After graduating Rick joined the Navy and was stationed on the USS America.

Rick later met the love of his life, Melissa “Lisa” Scherer, and they married on October 15, 2016, in Batavia, IA.  During his life, Rick worked for several companies as a maintenance supervisor. In his spare time, he enjoyed working on family home and helping others with projects they needed help with to finish.  He loved spending time with all of his kids and grandbabies.  He enjoyed road trips with friends and loved to fish any day he could find time to go.

Rick was preceded in death by his mother, Viola Denton.