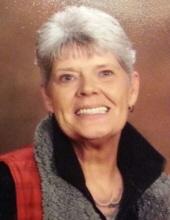 Jolynn was a semitruck driver, having worked for Ben Shinn Trucking, Norris Asphalt and 10-15 Transit. She also has worked for Goodwill in Cedar Rapids.

Surviving is her wife, Deb; a son, Shawn Goodwin; three daughters, Danielle Hyde, Misha Ziehe and Alyssa Ziehe; a step-daughter, Sarah Barratt; two grandchildren, Issac and Iszabella; a brother, Dean Caylor and a sister, Donna Herman.
She was preceded in death by her parents and grandparents, Adam & Zulia Caylor and Warren & Pearl Wilson.

Her body has been cremated. No services are planned at this time.