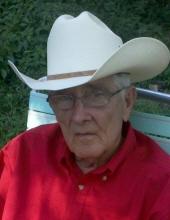 Donald (D.D.) Hoover, 84, of rural Bloomfield, died at 9:49 a.m. September 11, 2021 at the Van Buren County Hospital. The previous five days he had spent doing what he loved: camping and riding horses with his three sons.

A 1955 graduate of Bloomfield High School, he served in the U.S. Army. Don retired after 30 years with the Soo Line Railroad as a conductor. In his retirement, he worked as a security guard at Excel.

He was a member of the Soap Creek Saddle Club, enjoyed meeting his former railroad colleagues for coffee and loved spending time with his family.

He was preceded in death by his parents; an infant son, Kevin; three step-daughters, Terri Riley, Debbie Blevins and Sherry Budiselich.

Don will be greatly missed by all his family and friends that loved him so much.

His body has been cremated. A private gathering will be held at a later date.

Memorials may be made to the American Heart Association.