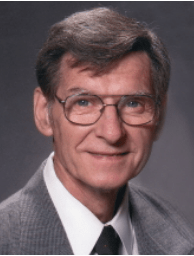 James L. Vogt, 78, of Ottumwa, passed away peacefully on January 28, 2022 at his home, surrounded by his adoring family.
Jim was born September 26, 1943 in Milford, NE, to Robert J and Edna (Jeary) Vogt. Raised on a working family farm in Cedar Grove, Jim milked the cows twice a day while balancing his studies, creating a work ethic that lasted a lifetime.

Following his graduation from Beaver Crossing High School in 1961, Jim went on to earn bachelor’s and master’s degrees in Mechanical Engineering from the University of Nebraska. It was at the University that he met the love of his life, Linda F. Wallin.

Jim and Linda married in 1967 and settled in Ottumwa, Iowa where he was an engineer for John Deere for thirty-five years, serving to design and test machines including the windrower. He holds five patents with the US Patent Office in relation to his work during those years at John Deere Ottumwa Works.

He served in the Iowa Army National Guard with the 224th Engineering Battalion and also developed and leased multiple rental and office buildings in Ottumwa.

Jim nurtured a love of flying for over fifty years. An adventurous and avid learner, Jim learned to fly under the guidance of his future father-in-law Ralph Wallin, a retired Navy pilot. Jim owned and restored many different planes over the years, including a wooden-propped Aeronca Chief, a Piper Tri-Pacer and a Beechcraft Bonanza. Always generous, Jim took countless friends, family, and guests for plane rides over the years.

Jim was also a recognized automobile enthusiast. His first car was a 1948 Mercury convertible, which he used to court his beloved wife, Linda and which he painstakingly restored to original condition in 1988. It was in this car that he drove his daughter and new son-in-law from the church to the reception on their wedding day. He enjoyed working with his son on race cars and fixing commercial mechanical equipment.

Jim was not just proud of his automobile, aircraft, and mechanical restoration work, he was also generous to a fault, rebuilding and fixing cars for others, as well as coming to the rescue of many with smaller-scale mechanical issues like broken doorknobs, bent cabinet hinges, and all manner of household challenges. If placed in one’s home, Jim’s sixth sense for mechanical challenges would activate, and he would simply set about fixing things.

One might conclude that Jim had little free time after his many pursuits (building a car takes a lot of work), however he also found time to engage in his love of fishing, boating, water skiing, tinkering at his workbench, playing racquetball and bridge with friends, and engaging in investments.

Church was an important part of Jim’s life, starting with his boyhood parish, Salem Methodist Church in Seward, NE. In Ottumwa, Jim was a faithful member of the First United Methodist Church for over 50 years, singing in the choir and serving on several church Boards. The men’s quartet, The 4 Bass’s, held a particularly special place in his life. Harmonizing alongside Vernon Trucano, Eldon Hunsicker, and Dan Dowling brought him musical joy. Most recently, he was a member of First Presbyterian Church.

In addition to his parents, he was predeceased by a brother, Jeary.

Visitation will begin at 11am Tuesday, February 1st at Reece Funeral Home with family present to greet friends from 4 p.m. to 6 p.m. Tuesday.

Those unable to attend may watch the service live on the First Presbyterian Church in Ottumwa Facebook page. Burial will be in Ottumwa Cemetery.

In lieu of flowers, memorials may be made to First Presbyterian Church or Hospice Serving Davis and Wapello Counties.