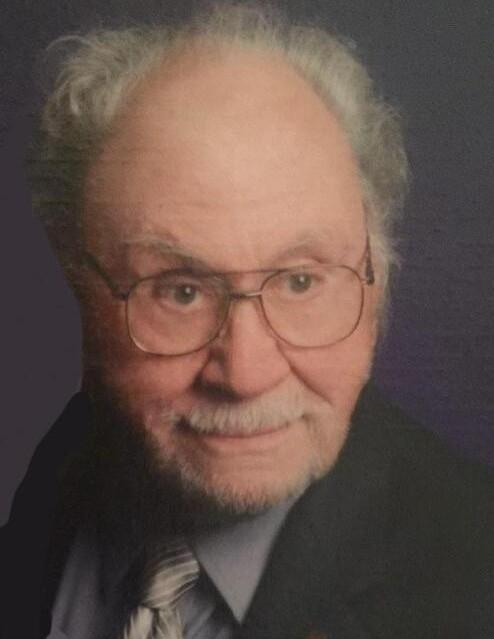 Jim was born on May 7, 1933 in Centerville, Iowa, the son of George and Alice (McCabe) Milani.  He graduated from Centerville High School with the Class of 1951.  He furthered his education at the University of Iowa on the Nile Kinnick Scholarship, where he lettered in football and track.  While at college, he was a member of the Phi Psi Fraternity and he was the President of Law School and the Liberal Arts Senior Class.

On January 30, 1955, Jim was united in marriage to Mary Hauer in Iowa City, Iowa, and to this union three children were born, Greg, Molly and Jim.  He graduated from the University of Iowa in 1958 with his Juris Doctor degree, and Bachelor’s degree of Economics.  Jim became a member of the Iowa Bar Association and the American Bar Association in 1958.  On March 8, 1958, he joined the United States Army.  He was commissioned Second Lieutenant of his Infantry.  He faithfully served his country and was honorably discharged on February 7, 1966.

Jim moved back to his hometown to practice law with his father, George A. Milani in his law practice and was later joined by his son, Greg, in the practice of law. He served as the Appanoose County Attorney from 1959-1967.  He served on many community and law boards and committees, including the Iowa Cattlemen’s Association, the Morgan Cline Foundation, the Centerville National Bank Board, St. Joseph Mercy Hospital Lay Advisory Board, and the Indian Hills Community College Foundation.  Jim and Mary were named Citizens of the Year in Centerville in 2000 and he was recognized as the Centerville High School distinguished alumnus in 2001.

Jim was preceded in death by his wife, Mary Milani; his parents, George and Alice Milani; a son-in-law, Mark Revers; a brother, Bill Milani; and a sister, Martha Milani.

Per Jim’s wishes, cremation has been accorded.  Private family services will be held at a later date.  Memorials have been established to either the Moravia Historical Society or the Rathbun Lake Area YMCA, and may be mailed to Lange Funeral Home and Crematory, ATTN: Milani family, 1900 South 18th Street, Centerville, Iowa 52544.  Condolences may be shared online at www.langefh.com or on our funeral home Facebook page.