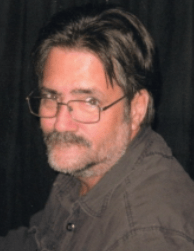 Growing up in Rhode Island, Bill served with the US Marine Corps. He traveled with the Ringling Bros. Circus and on August 28, 1979 he moved to Ottumwa. Bill had been a karaoke DJ host for 12 years and was known as “D.J. Gummie Bear.”

Memorial services will be 3 p.m. Saturday, February 5th at Hickory Grove Community Church with Chaplain Doug McAntire officiating. For those unable to attend the service, it may be viewed live on the Reece Funeral Home Facebook page. Military honors will be conducted by Walter B. Schafer Post #775 Veterans of Foreign Wars and O.B. Nelson Post #3 American Legion.

Memorials may be made to the family or Amyotrophic Lateral Sclerosis (ALS) Association for research.