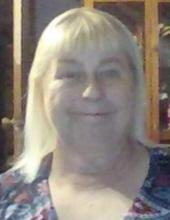 Glenda attended Moravia Community School most of her grade school years. She married Ferlin G. McAlister in 1976 and two children were born of this union, Tania Lynn Adams and Billy Joe McAlister.

After graduating from Indian Hills Community College in Ottumwa, Glenda worked for Chamberlain Mfg. in Albia until it closed. Glenda was an over the road semi-tractor-trailer driver with Ferlin until dissolution of their marriage.

Glenda returned to college to get a degree from Indian Hills as an airplane mechanic. She moved to Dodge City, KS and went to work as a machine operator for Excel Meat packing until a shoulder injury. Glenda continued her education and was awarded degrees in Psychology Drug and Alcohol Abuse Counseling, Home Health Aide, C.N.A. and C.L.I.
Glenda married Jeff Brunow and adopted a daughter, Samantha Shondel. During the course of this marriage there were irreconcilable differences at which time Glenda moved back to Iowa to co-manage a restaurant with her Dad in southern Iowa, where she fell in love and married Clarence Garrels, residing in rural Hedrick, IA.

Until her health began to fail, she worked as a cook and as an associate at Pekin School.

Graveside services and burial will be 2 p.m. Saturday at Deuser Cemetery.

Limited open visitation will be 1 p.m. to 4 p.m. Friday at Reece Funeral Home. Online condolences may be left for the family at www.rfh-ia.com.

Memorials may be made to the Kidney Foundation of Iowa.