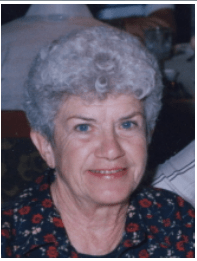 She was born November 1, 1931 in Middletown, IA to Russell and Gladys Simmons Thomann. Deloris married Arie Wayne VanDenBerg on November 13, 1952 and he preceded her in death on June 12, 2020.

A 1949 graduate of Agency High School and a 1953 graduate of Burlington Nursing College, Deloris was a R.N. at Ottumwa Hospital.

She also was a bus driver for Cardinal Community schools.

She was a member of T.T.T. and also of Arbor Vitae Chapter #327 Order of Eastern Star in Batavia. Deloris had been a volunteer for the Red Cross.

She was preceded in death by her parents; a brother, Dean Thomann and sisters, Vera Slater and Bernice Payne.

Her body has been cremated. Joint graveside services with her husband, Wayne, will be 11 a.m. Saturday, April 16th, at Ottumwa Cemetery.