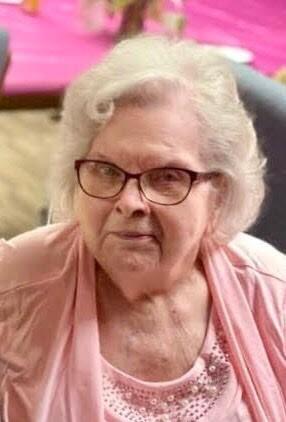 Visitation for family and friends will be from 10:00 a.m. to 11:00 a.m., Friday, December 9, 2022, at the First United Methodist Church in Fairfield with the funeral service to follow at 11:00 a.m., with Pastor Al Coffin officiating. After a luncheon at the church, burial will be at Fell Cemetery, Libertyville.

In lieu of flowers, memorials can be made to the Fairfield First United Methodist Church, Compassus Hospice in Washington, IA, or the First Resources Corp. (formerly Tenco). Memorials and cards can be sent to Jim Bissig at 16 Charlestown Square, Mason City, Iowa 50401.

Charlotte attended country school and graduated from Libertyville High School. She went to Parsons College and received a teaching certificate. She taught grade school for 16 years in Libertyville, Ottumwa and Fairfield before marrying and raising her family and being a full-time homemaker.  Charlotte was a member of First United Methodist Church, Methodist Church circles, ARC of Jefferson and Nearby Counties, Iowa State Education Association and the Hospital Auxiliary.

Charlotte was also a stay-at-home mom taking care of the boys, especially Jerry, who remained at home until moving to a Fairfield group home in 2007. She loved to cook and bake. Her grandkids loved her homemade cinnamon rolls, angel food cake and jello desserts with fruit or marshmallows.  She made the best Kool-Aid and lemonade. They also enjoyed applesauce made from climbing the apple tree in the backyard to pick the apples for grandma.   She enjoyed sitting down to play a card or board game with Jerry or the grandkids, particularly Rook, Uno and Chinese Checkers, also Spirograph.  She enjoyed gardening and tending to her flowers, especially her roses. The grandkids enjoyed the swing in the yard, and playing croquet. Charlotte also enjoyed sewing and quilting.

She didn’t learn to drive a car, so she walked to town or the hospital when her mother took ill. Charlotte and Lindley lived on the east side of Fairfield, close to Chautauqua Park for 50 years, before moving to Sunnybrook Assisted Living in 2004.  She then transitioned to Sunnybrook Living Care Center in 2013, now known as Prestige Care Center.

Behner Funeral Home is helping the family with the arrangements.  On-line condolences may be made to the family at behnerfh.com