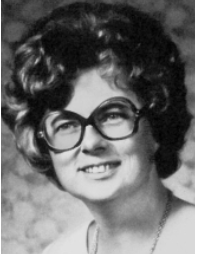 Sue was an American politician from the state of Iowa who served as a Republican in the Iowa Senate for Ottumwa’s 45th Senatorial District from 1979 to 1983.

She was a former teacher at Ottumwa Schools, director and teacher of Head Start Program in Wapello County and manager of Work Incentive Program for Area XV from 1973-1978. She was formerly on the board of directors’ chairman of Ottumwa Day Care Center, Wapello County United Way and former chairman of advisory board for Wapello County Alcoholism Program. She was a current member of Iowa Women’s Political Caucus, GOP Women and advisory board for Women’s Center and Displaced Homemakers Program of Indian Hills Community College. She was Commissioner of Commission on Aging and was on the chair of Approbations Subcommittee on Human Resources.

She was preceded in death by her parents and a son, Russell Yenger.

Funeral services will be 1 p.m. Wednesday, February 16th at Reece Funeral Home with Pastor Jesse Elkins officiating. Burial will be in Zion Cemetery. For those unable to attend the service, you may watch it live on the Reece Funeral Home Facebook page.

Memorials may be made to Eastview Animal Hospital.