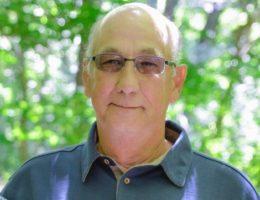 Stephen Lawrence Fuller, 70, of Centerville went to be with the Lord and his heavenly family on Tuesday, December 3, 2019.

Steve was born on August 6, 1949 in Rock Island, IL to Ward and Dorothy (Sellers) Fuller. Steve is survived by his wife, Sheryl and two sons, Chad (Kendra) and Aaron (Cindi); his three grandchildren Serena, Eli, and Lia; his sister Wanda Madden and brothers Joe, Keith, Ward Jr., David, Bruce, and Larry; along with a family friend and caregiver, Kathy Kirkpatrick.

Steve grew up in the Quad Cities area, where he attended United Township High School. After school, he worked various manufacturing jobs before meeting Sheryl, and moving to Centerville. Steve earned his CDL, and loved driving his semi throughout the country. After retiring from driving, Steve enjoyed working at Walmart, as well as his interactions with his co-workers and the public. Steve was always a hard worker- a trait he passed on to his children.

Steve loved life, and was very fond of joking around with his family and friends. In his free time, he enjoyed fishing, golfing, cooking, and yard work. Steve was a lifelong fan of the Chicago Bears and Chicago Cubs. He liked to travel, and went on many vacations with his family. Steve had many interests and hobbies.

Steve is loved by all family and friends. He will be greatly missed.

Steve’s wishes were to be cremated. A Celebration of Life service will be held on Saturday, January 4, 2020 at 1 p.m. at the Lighthouse Nazarene Church in Moravia, IA. A memorial has been established in Steve’s honor to EveryStep Hospice in Centerville, IA, and may be dropped off or mailed to Lange Funeral Home and Crematory, 1900 S. 18th St., Centerville, IA 52544.  Condolences may be shared online at www.langefh.com.