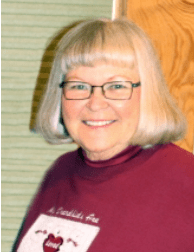 A 1965 graduate of Ottumwa High School, Patty had worked at John Morrell & Co. She then became a stay-at-home mom, raising her girls. Patty worked as a secretary for Cardinal Community Schools, retiring in 2006.

Visitation will be open at 11 a.m. Wednesday, December 22nd at Reece Funeral Home with the family present to greet friends from 5-7 p.m. Wednesday.

Cremation will follow the service with inurnment in the Batavia Cemetery at a later date.

Memorials may be made to Wapello County 4-H for Enchanted Forest.