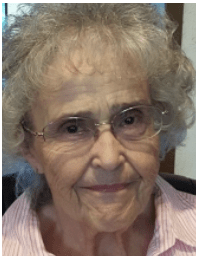 Growing up in Newton, Margaret’s family moved to Ottumwa in 1947. She had worked at Ab’s Drive-In and graduated from Ottumwa High School in 1961.

Living many years in Keokuk, IA before moving back to Bloomfield, she had worked as a cook in Eldon and while working for ResCare in the Wapello County Home and the Davis County Home. She had also worked for ResCare clients in their own homes.

She was a member of Midway Calvary Baptist Church and participated in the Gorilla Raid, a Civil War reenactment. She enjoyed cooking, sewing and singing, especially in the church choir. She loved spending time with her family, especially her grandchildren and great grandchildren.

She was preceded in death by her parents and in infant sister, Ruthanne.

Visitation will be open after 11 a.m. Tuesday, February 15th at Reece Funeral Home with her family present to greet friends from 5 p.m. to 7 p.m. Tuesday.

Memorials may be made to the family for Floris Flag Days.