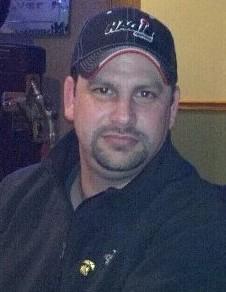 Kevin was born on February 7, 1976 in Centerville, Iowa, the son of Jerry and JoAnne (Ranes) Arbogast.  He graduated from Centerville High School with the Class of 1994.

Following graduation, on June 1, 1994, Kevin joined the United States Marines.  He then moved to Jacksonville, North Carolina to begin his military journey.  In 1996, Kevin went to Monrovia, Liberia and Freetown, Sierra Leone.  He was then sent to Puerto Rico, Roosevelt Roads Naval Station and Panama City, Panama in 1997.  In 1998, Kevin was stationed at MCBH Kaneohe Bay Hawaii, and was sent to Seoul, Korea for a period of time.  In 1999, he went to Marshall Islands and Wake Island. In 2001, Kevin moved to Quantico, Virginia. Then in 2003, Kevin went to Tokyo, Japan and the Okinawa Prefecture. He served his country faithfully for 13 years as a Bulk Fuel Specialist, attended the Combat Marksmanship Trainer Course and was a Marksmanship Instructor, earning multiple decorations, medals and awards.

On May 5, 2007, Kevin was honorably discharged from the United States Marines in Quantico, Virginia.  He continued working with military personnel, becoming the Director of the Appanoose County Veterans Affairs in Centerville for a period of time. Kevin continued working with veterans, and attended several of the veteran’s suicide prevention walks to Albia every year, and was always the encouraging person for those participating to help them make it all the way.  He enjoyed helping anyone in need including Veterans and their families, and would speak to anyone who needed to talk or to soldiers anytime they were ready.  Kevin was very active in anything to do with the military, especially funeral honors.  He loved all things military, including military history.

Kevin worked various places after the military.  Most recently, he became the Area Safety Manager at QSI-Vincit Group.  He loved riding his Harley motorcycle with his friends, hunting, fishing, guns and trucks.  He was united in marriage to Kristen Sheston in 2015.

Kevin was preceded in death by his maternal grandparents, Harley and Josephine Ranes; and his paternal grandfather, Wayne Arbogast.