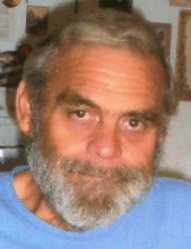 A graduate of Bloomfield High School, John served with the Iowa Army National Guard. He drove for Frito Lay, owned and operated his own truck for 10 years, worked for Martz Auto Sales and was a shop foreman for Grooms Construction.

In his youth, he was a member of FFA and 4-H. John was a good fabricator and a good mechanic. He built his own house, as he was a master of all trades. John enjoyed attending flea markets, auctions and the Wapello County fair.

He was preceded in death by a granddaughter, Alyssa Myers and brother-in-law, Dave Skinner.

Visitation will be open after 11 a.m. Thursday, December 2nd, at Reece Funeral Home with the family present to greet friends from 5-7 p.m. Thursday.

Funeral services will be 1 p.m. Friday, December 3rd, at Reece Funeral Home with his grandson-in-law, Pastor Tommy Wilkins officiating. For those unable to attend, the service may be viewed live on the Reece Funeral Home Facebook page.

Burial will be in Shaul Cemetery with military honors by Walter B. Schafer Post #775 Veterans of Foreign Wars and O. B. Nelson Post #3 American Legion.

Memorials may be made to the Wapello County 4-H.