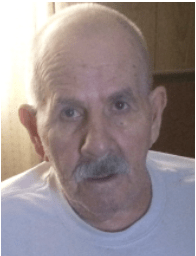 He was born July 5, 1946 in Ottumwa to Edward and Wilma McBride Wagner. He married Debbie Dennison and they later divorced. Jimmy married Marlena Gullett on November 3, 1999.

Growing up in Ottumwa Jimmy was a Vietnam veteran, having served with the US Army from 1963 to 1967, serving in Okinawa, Japan. He worked for the CB & Q Railroad and Burlington Northern Railroad, retiring as a conductor in 1993.

Visitation will be open from 9 a.m. to 5 p.m. Monday, September 5th, at Reece Funeral Home with the family present to greet friends from 2 p.m. to 4 p.m. Monday.

Funeral services will be 10 a.m. Tuesday, September 6th, at Reece Funeral Home with Chaplain Randy Schmitz officiating. For those unable to attend the service may be viewed on the Reece Funeral Home Facebook page. Burial will be in Memorial Lawn Cemetery with military honors conducted by Walter B. Schafer Post #775 Veterans of Foreign Wars and O.B. Nelson Post #3 American Legion.