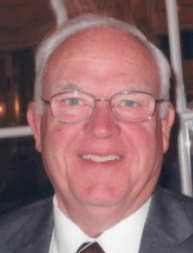 He was a member of Ottumwa Congregation of Jehovah’s Witnesses. Errette enjoyed hunting, fishing and especially enjoyed spending time with his family and grandkids. Business was his life, operating multiple businesses throughout his lifetime.

He was preceded in death by a brother, Jack Reeves and a sister, Frances Kim.

Memorial services will be 1 p.m. Tuesday at Reece Funeral Home with Elder Ray Natera officiating. For those unable to attend, the service may be viewed live on the Reece Funeral Home Facebook page. Inurnment will be in I.O.O.F. Cemetery in Bloomfield.