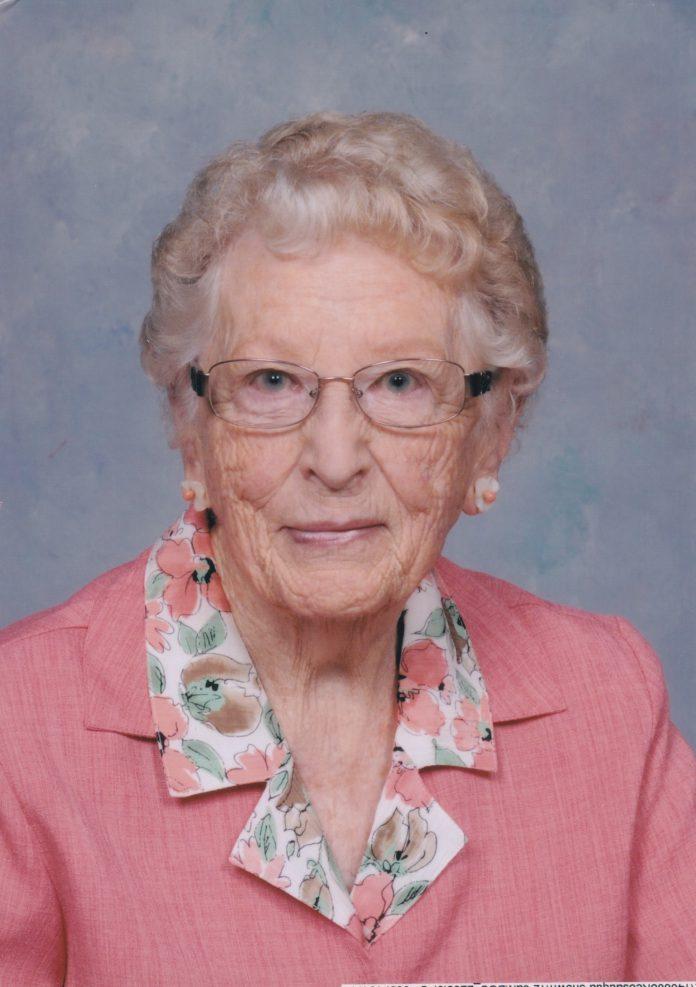 Emma Lou Carter, 97, of Keosauqua passed away at Keosauqua Health Care Center on August 9th. She was born March 9, 1923 in Iowa City, Iowa, the daughter of Lorenzo R. Heston and Ruth Larson Heston. She was married to Dr. Lewis B. Carter in Fairfield, Iowa, September 29, 1945.

She was a graduate of Fairfield High School and then the University of Iowa in 1945. While at Iowa, she was a member of Alpha Xi Delta and the Scottish Highlanders. She and her husband, Lewis B. Carter DDS, resided in Fairfield for 46 years. While there, they enjoyed raising their three children, Christine, Jeffrey and Sarah.

During the 70’s and 80’s, with the children on their own, Emma Lou embraced her artistic side and took to painting everything from still life to portraits of her grandchildren and scenes from her family’s past.  She also became quite adept at raising sheep and goats, shearing, carding, dyeing and spinning the wool and looming rugs. It was common to see her exhibit her spinning skills at local Fairfield events.

They retired to Keosauqua in 1993 to a home on Lake Sugema.  Several years after Dr. Carter’s passing in 2001, Emma Lou moved to a home in Keosauqua and continued to attend the Congregational First Church of Christ there.   Over the years Emma Lou belonged to a wide range of organizations, clubs and friendships.

She is survived by a daughter, Christine Carter (Terry) of Loxahatchee, Florida and a son, Jeffrey Carter (Diane) of Westminster, Colorado. Also surviving are 4 grandchildren, 7 great grandchildren, her son-in-law Ted Rapp and her faithful nieces and nephew.

She was preceded in death by her husband Dr. Lewis B. Carter, her parents, her brother, John Heston, her sister Mary Jane Whitney and her daughter Sarah Carter Rapp.

Memorial contributions can be directed to the Congregational First Church of Christ in Keosauqua. The family wishes to thank all her family and friends for their support over the years and to all the health professionals throughout the region who saw her through some challenging times, her resilience repeated multiple times.