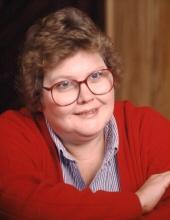 Diane Lynn Darnielle, 68, of Des Moines, IA passed away Monday, June 29, 2020 at Mercy One in Des Moines, IA. Diane was born on September 1, 1951 in Ottumwa, IA to John Dale and Juanita Hall Darnielle of Eldon, IA. Diane was a 1969 graduate of Cardinal High School in Eldon. She graduated from the University of Iowa, Iowa City in 1973. Diane was employed by the State of Iowa in the Social Services Department for 37 years, retiring in 2010. She joined the Eldon Christian Church in her youth. Diane’s most cherished hobby was photography. She was a very active member in the Des Moines Camera Club for over thirty years, three of which she served as president. Through her involvement in the club and her passion for photography, she won numerous awards at the Iowa State Fair. Diane was also a member of the multi-state North Central Camera Club where she received the Outstanding Service Award as well as being named Photographer of the Year on four separate occasions. Diane enjoyed scenic vacations, entering her photos in competitions, and was a life-long Iowa Hawkeye fan.

Diane was preceded in death by her father, John Dale Darnielle.

A graveside service will be held at 10:30 a.m. on Monday, July 6, 2020 at the Memphis Cemetery in Memphis, MO. Visitation will be from 2:00 p.m. until 6:00 p.m. on Sunday, July 5, 2020 at the Cranston Family Funeral Home in Eldon, IA. The family will not be present during this time. Memorial contributions in Diane’s honor may be directed to the Des Moines Camera Club or to a charity of the donor’s choice. Friends may sign the online guestbook at www.cranstonfamilyfuneralhome.com.