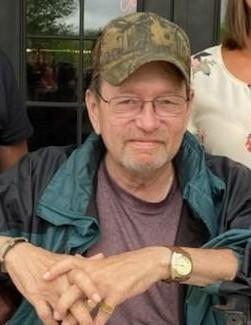 Christopher Allen Sacco, age 61 of Centerville passed away Thursday, November 11, 2021 at his home.

Chris was born on February 27, 1960, the son of Louis and JoAnn (Varese) Sacco.  He graduated from Centerville High School with the class of 1978.

Upon graduating, he married his high school sweetheart, Lori Kesterson.  They lived in Grapevine, Texas where their two daughters, Amanda and Kelsey were born.  They later divorced and Chris moved back to his hometown of Centerville, Iowa in 2012 where he resided until present.

While in Texas, Chris worked as a supervisor for a couple of different construction companies where he was able to use his many skills.

Some of Chris’s many hobbies include hunting, fishing and camping, as well as playing pool.  Any anyone that knew Chris, knew his greatest gift of all was the gift to gab.  He could visit for hours over just about anything.

Chris is survived by his two daughters, Amanda (Jonathan) Adkins of Roanoke, Texas, Kelsey Sacco of Fort Worth, Texas; his two grandchildren, Harper and James Adkins; his mother and stepdad, JoAnn and Darrell Cormeny of Centerville; five siblings, Mike Sacco of Woodstock, Illinois, Lori (Roger) Morrow of Centerville, Gina (George) Chesmore of Vinton, Iowa, Steve Sacco of Centerville and Julie (Jeff) Kulmatycki of Centerville.  Chris has several aunts, uncles, cousins, nieces, nephews; as well as great nieces and nephews; and many great friends that will miss him.

Per Chris’s wishes, cremation has been accorded.  A private family service will be held at a later date.  Memorials have been established for a fund for his grandchildren and may be mailed to Lange Funeral Home and Crematory, C/O Sacco family, 1900 South 18th Street, Centerville, Iowa 52544.  Condolences may be shared online at www.langefh.com or on our Facebook page.