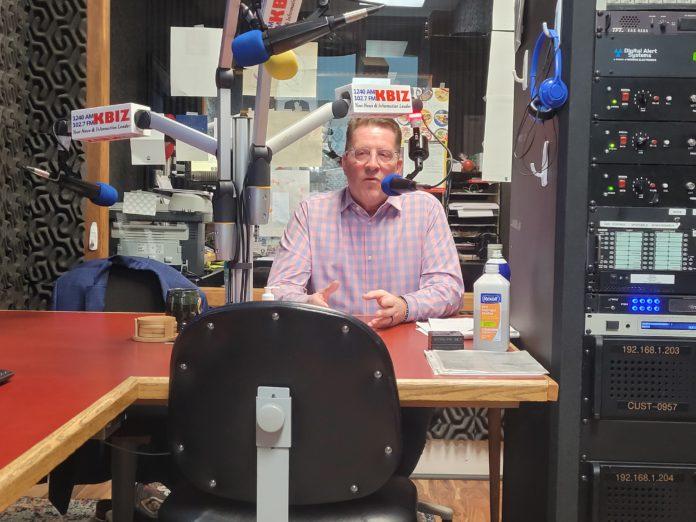 A local business owner announced his candidacy for the Iowa House Friday morning during Dialogue on 1240 AM & 102.7 FM KBIZ.

“Today I’m here to officially announce my candidacy for the iowa house of representatives District 25 which encompases most of wapello county.”

Hans Wilz and his wife, Beth, have been business owners in the area for over 30 years. Wilz says he’s lived in Ottumwa all his life and recently he asked himself how he can help the most people.

“Hans, you need to run for a state office where maybe you can take the voices of southeast iowa, Ottumwa, agency, eldon, and the surrounding area to des moines.”

Some items in Wilz’s platform include creating shorter paths to careers and allowing families to keep more of their money. Wilz says he won’t be running a typical campaign.

“I want my name out there and i want my face on a button because I’ve been asked for that but i don’t want that to be the crux of my candidacy. i don’t think the guy that has more signs is the guy that should win.”

Wilz is running as a Republican and will face fellow Republican Corwin Williams in the Primary Election on June 7th.

Let’s all hope that this loudmouth fool fails miserably.