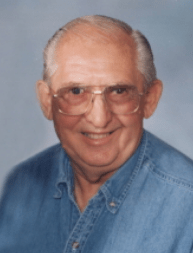 A resident of Ottumwa all his life, Bill owned and operated Kaller City Service. He worked at John Deere Ottumwa Works for 30 years, retiring as a maintenance mechanic in 1993.

He was a member of Calvary Baptist Church, Northgate Alliance Church and UAW Local #74. He loved anything racing, traveling with his wife and spending time with his children and grandchildren.

Surviving is a son, Mike (Bambi) Kaller of Ottumwa; two daughters, Karen Galey of Allison, IA and Cheryl (Jerry) Kaller-Lande of Ankeny; 8 grandchildren; 9 great grandchildren; a sister-in-law, Sally Kaller of Illinois; and many nieces and nephews.

He was preceded in death by his parents, his mother-in-law and father-in-law, David and Carrie Watt; a son-in-law, Bob Galey; three brothers, LeRoy, Gene and Robert Kaller; and a sister, Bonnie Best.

Graveside memorial services and inurnment will be 11 a.m. Saturday, May 14th at Memorial Lawn Cemetery with Pastor Mel Kendall officiating. For those unable to attend, you may watch the service live on the Reece Funeral Home Facebook page.

In lieu of flowers, memorials may be made to Mahaska Health Partnership Hospice Serenity House in Oskaloosa, IA.