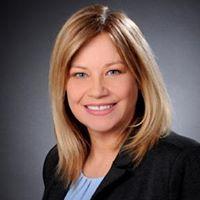 A group of state Republican lawmakers, including one from Ottumwa, have sent a letter to a company that is requiring its health care employees to get the Covid vaccine.

Representative Cherielynn Westrich and 16 others penned a letter to Trinity Health, a company that is mandating the staff at seven hospitals throughout Iowa get the vaccine by September 21st. The open letter says the order has caused “confusion and distress” and is asking for the company’s rationale behind its decision.

Westrich told Ottumwa Radio News Iowans have reached out to her and her colleagues with their concerns.

“These are issues that are ongoing and controversial. I want transparency to create trust.  For me it’s definitely about people making their own healthcare choices and having medical freedoms.  Reading this policy, I wasn’t happy with it, so I wanted basically to ask for more information and to clarify any fundamental misunderstandings.  I believe this violates individual liberties and when we granted a healthcare exemption these mandates are not inline with what was intended in our legislation.”

The GOP-controlled legislature passed a law earlier this year barring the government from mandating the vaccine. However, private businesses and, in this case, health care facilities are currently exempted. Westrich voiced her objection to Trinity Health’s vaccine mandate.

“As difficult as it is here in Iowa with our current environment to maintain and recruit qualified health care employees, mandating this emergency Covid vaccine to employees is not helping,” Westrich said. “It’s an unacceptable violation of individual freedom and liberties.  It’s just the wrong thing to do.”

Trinity Health is requiring vaccinations for its workers at the MercyOne hospitals in Clinton, Dubuque, Dyersville, Mason City, New Hampton, Primghar, and Sioux City. In a written statement last week, Trinity Health’s president said the vaccines are a proven way to prevent Covid-19 deaths and the health system is doing its part to end the pandemic by requiring employees to get vaccinated.

Cherielynn, in the event you would require care/treatment at a hospital would you want your healthcare worker to expose you to COVID-19? Keep on fighting fir the workers’ rights to do that.

What you’re saying and doing is exactly what I voted for. It’s a virus, they’ve been around since time immoral. A confluence of extremists have seized this moment to lay a heavy hand upon us. Not many know that the oath I took to serve was not to defend the flag, but to defend the Constitution of The United States of America.
Don’t quit’