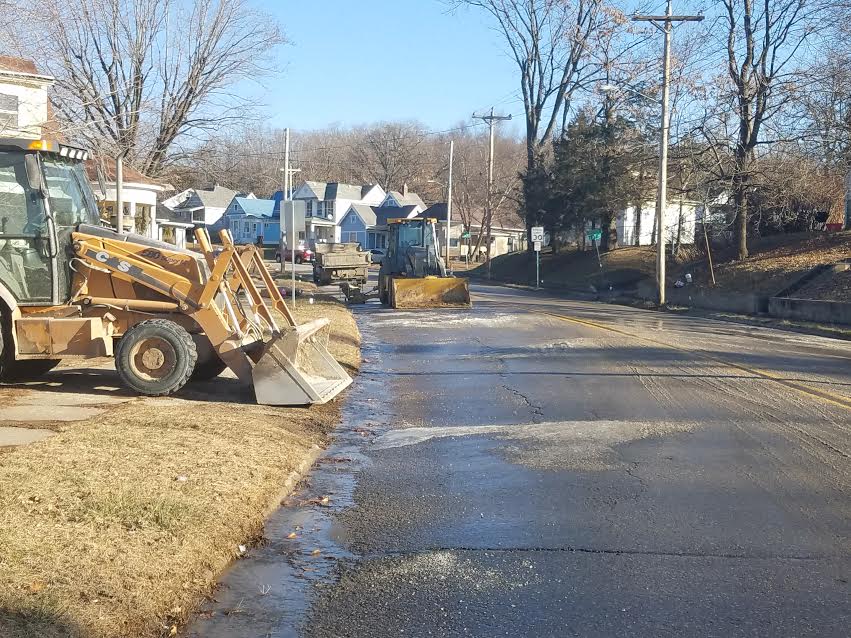 Ottumwa Water Works crews say the break was reported near the intersection of Jefferson and Gara at around 5:30 Tuesday morning.

The break caused a large amount of ice to form on the roadway in a very bad location. The roadway was coated with inches of ice right where the street curves north, at the bottom of a large hill.

At least one person reported that the ice caused them to lose control of their vehicle. Liz Roberts, an employee of the Penn & Jeff Elliot Oil BP location told Ottumwa Radio News that she lost control of her car as she went around the corner. She says she was on her way to work at around 6:30, about an hour before the sun came up, and simply couldn’t see the ice coating the roadway. Luckily, Roberts was able to avoid hitting anything and continued to work.

Water Works and City of Ottumwa crews laid down ice melt sometime between 8:30 & 10:00 AM. The ice melt mixed with rising temperatures to quickly bring the road back to a safer condition.

Crews say that only a few homes would be affected by the water main break. Those homes could expect reduced water flow for part of the day on Tuesday.