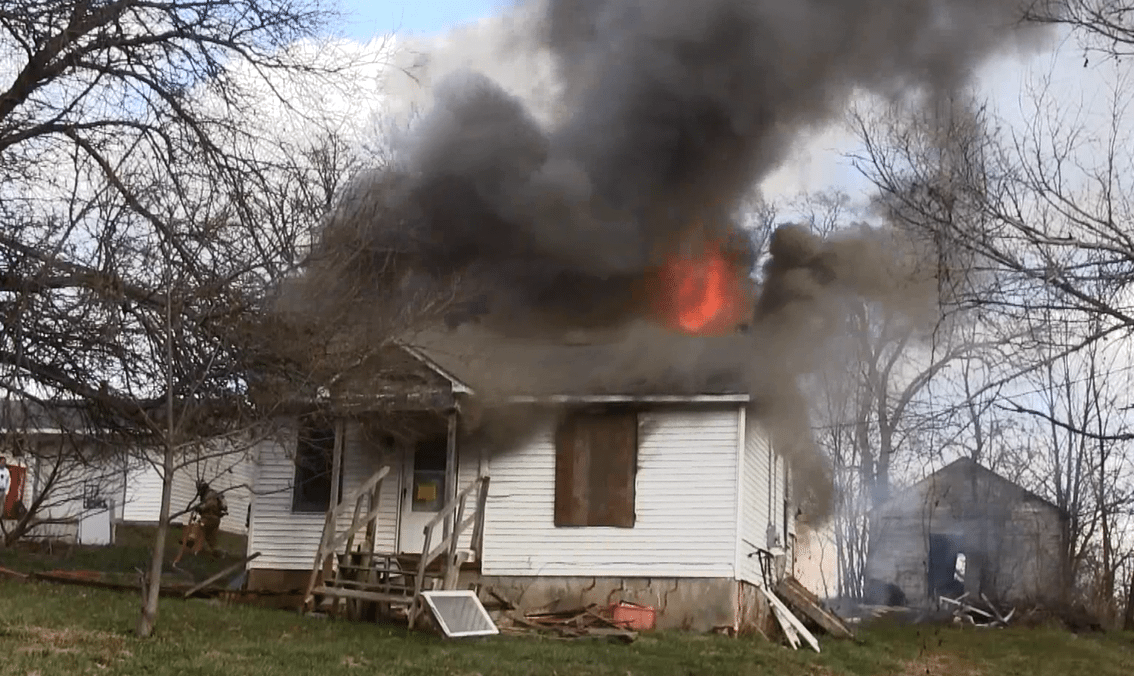 Crews were called to the 400 block of Herrmann Avenue at approximately 1:50 P.M.

They arrived to find heavy smoke and flames billowing from the house.

The home at 420 Herrmann Avenue was placarded and not occupied at the time of the fire. Ottumwa Fire Chief Tony Miller says power was connected to the home’s utility meter, but was unsure if the rest of the home had power connected.

Miller added that this was the 50th structure fire of 2017 in Ottumwa.

Deputy Chief Cory Benge confirmed that the fire will be treated as suspicious. “Any time we have a fire in a placarded home, we treat it as a suspicious fire and launch a full investigation,” Benge told Ottumwa Radio News.

Crews had the fire knocked down within about 15 minutes of arriving on scene.

The cause of the fire remains under investigation. Anyone with information is encouraged to contact the Ottumwa Fire Department at 641-683-0667, dial extension 4 to speak to the crew on duty.