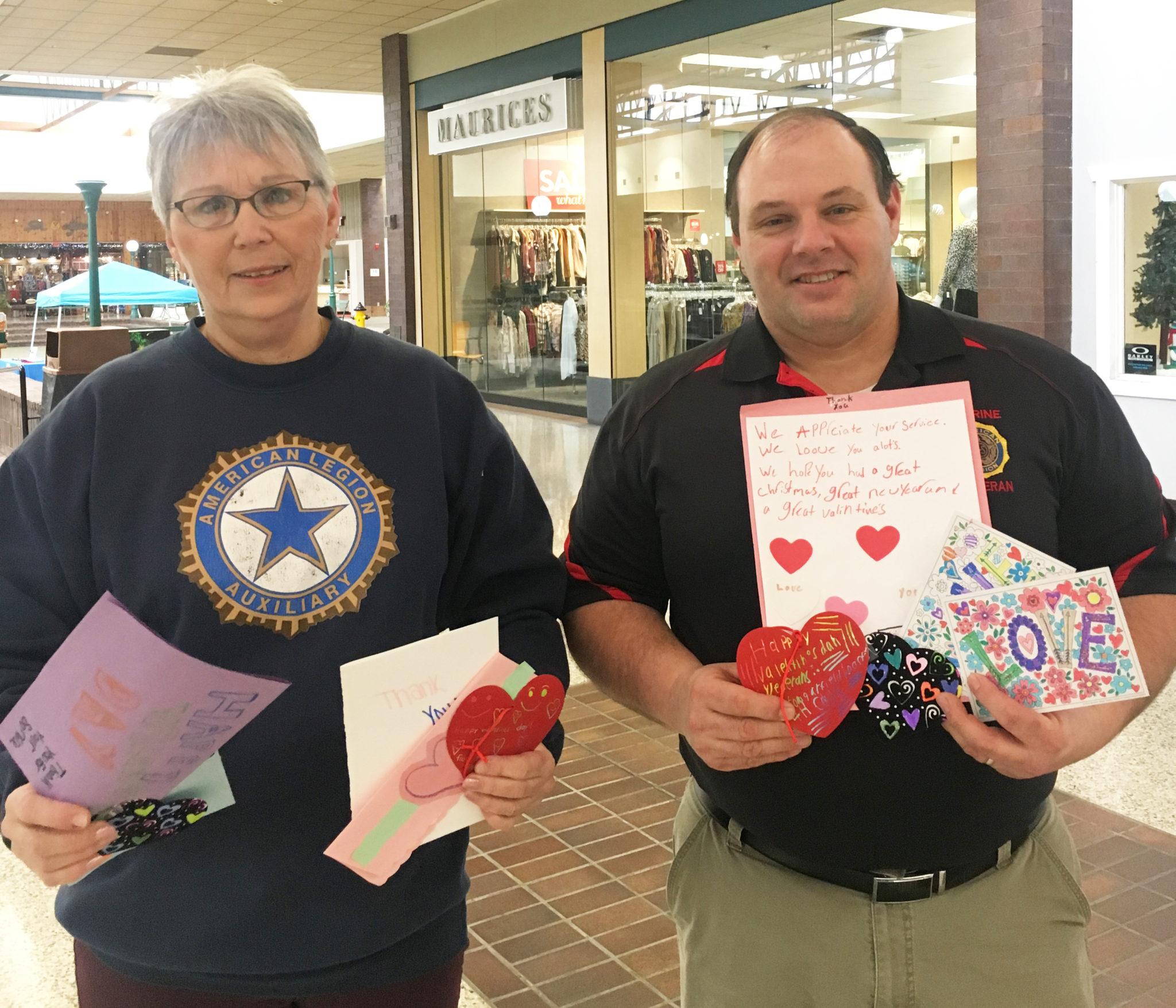 Members of an American Legion post in Oskaloosa will be distributing Valentine cards to veterans across the community.

The Harry L. Anderson American Legion Post 34 plans to deliver over 175 Valentine cards to active service members and veterans in area nursing homes, community outpatient clinics and the Iowa Veterans Home in Marshalltown.  Most of the cards were made during the 2020 Valentines for Veterans event on January 11 at Penn Central Mall, an event which drew in over 70 card-makers. 4-H groups as well as daycares also contributed cards to the event.

“It was neat to see all the people who braved the weather to support our event. We look forward to sending these great cards out.” said Darrin Alderson, First District Commander for American Legion Post 34.

The event started in 2017 and soon after was recognized by the state as a Category 3 Children and Youth Program Award recipient.

“The idea was to reach out to active duty members and let them know that the American Legion is here to take care of them.” said Alderson. “We were thrilled to see how many children and families were enthusiastic about this event.”

The cards will be sent out over the following weeks heading into Valentine’s Day.