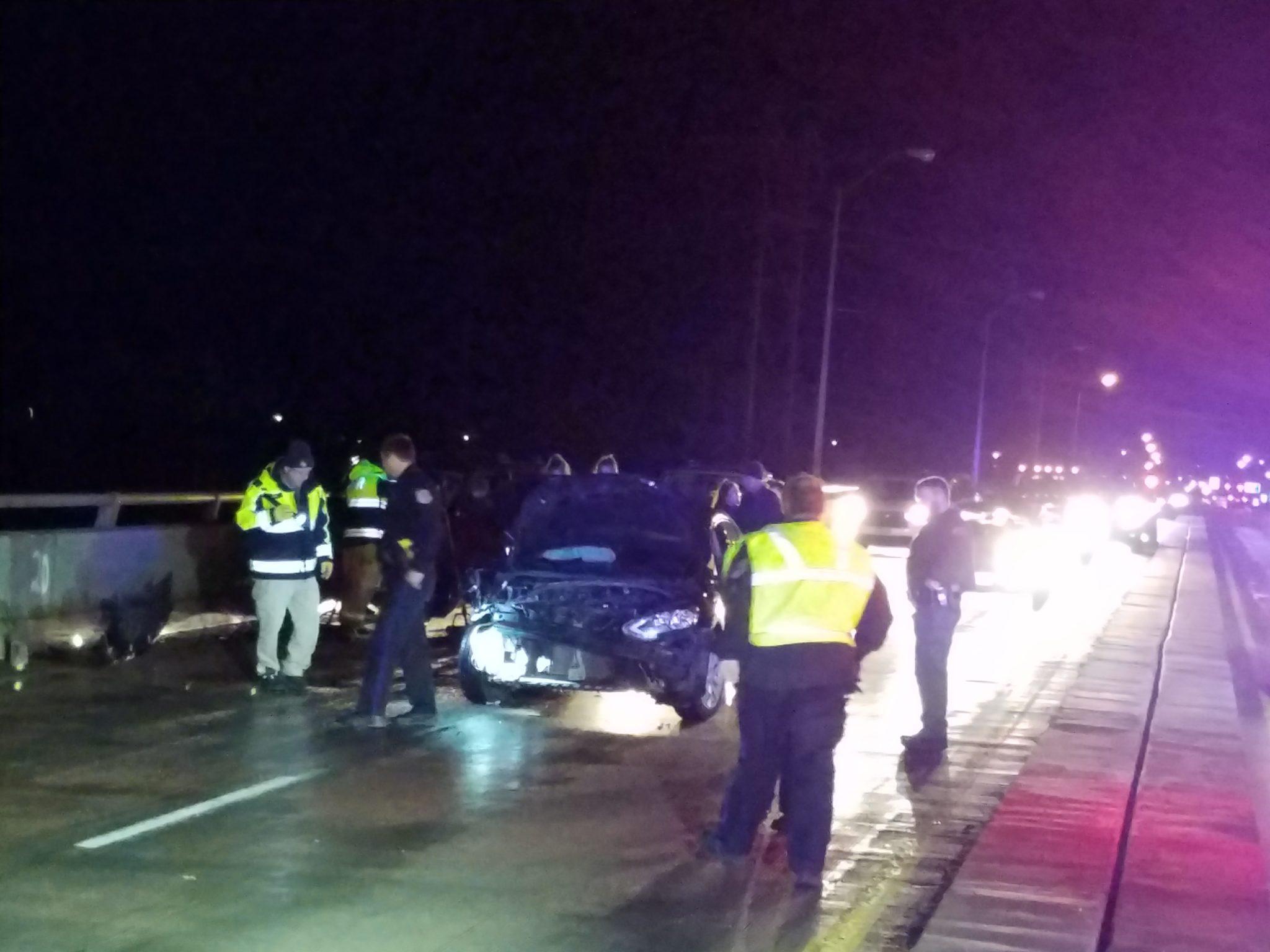 A two car crash on the Wapello Street bridge shut down northbound traffic but no one was injured.

A car stalled in the right lane and its occupants started pushing the vehicle towards the 4th Street intersection. McCoy says an SUV slowed down to avoid hitting the stalled vehicle, however a third vehicle struck the SUV from the rear. The SUV came to rest in the right lane up against the guardrail while the car that collided with the SUV suffered significant damage and stopped in the left lane. The stalled vehicle was not damaged.

Motorists traveling northbound on the bridge had their travel plans delayed for nearly an hour while emergency crews cleaned debris from the wreck.

The accident remains under investigation. McCoy says no citations have been issued at this time.