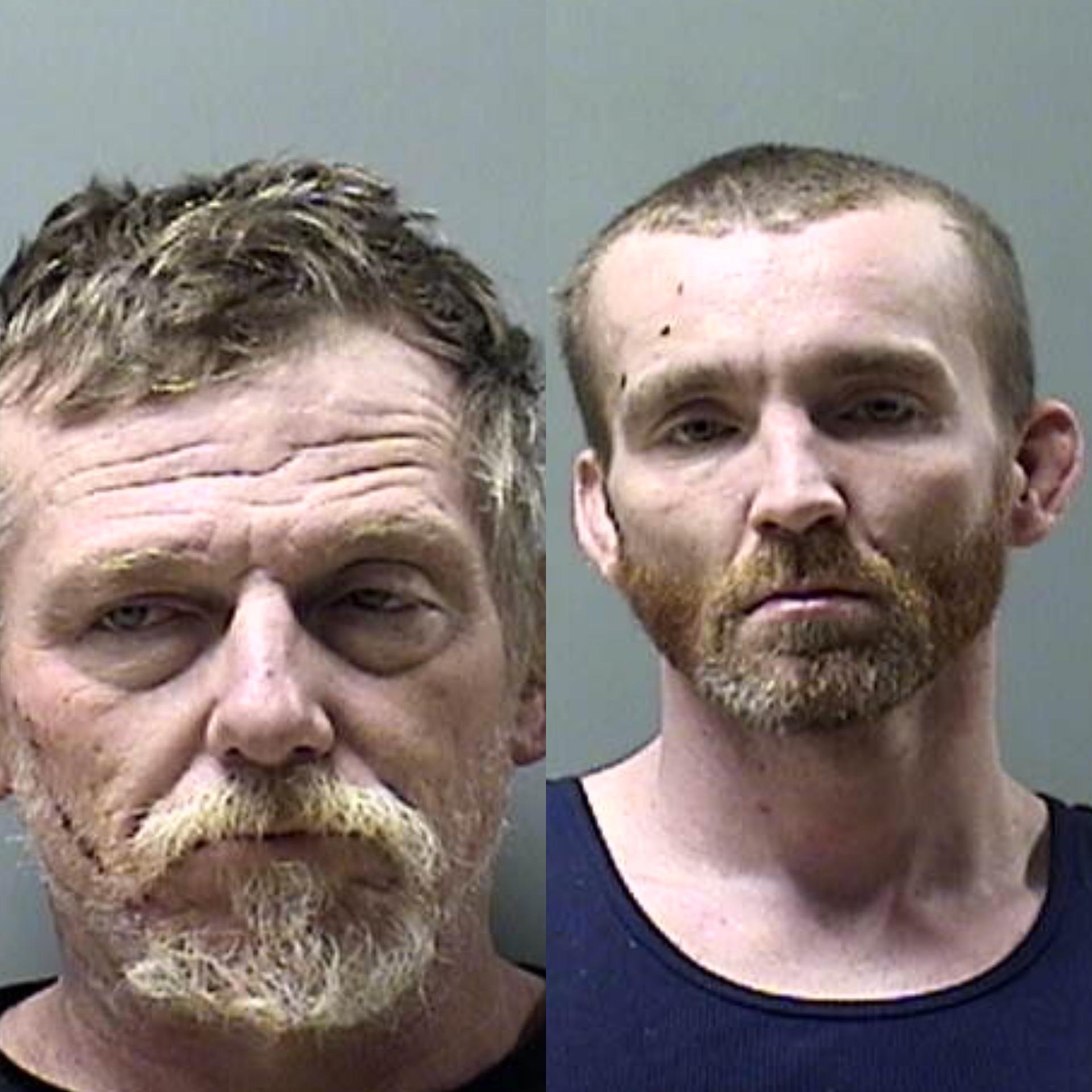 Two men have been arrested after a chase on Saturday afternoon resulted in an accident at Indian Hills Community College in Ottumwa.

Wapello County Sheriff Don Phillips told Ottumwa Radio News that a citizen called the law center to report two people passed out in a green Dodge Intrepid at the intersection of 2nd Street and Forrest Ave.

The vehicle in question was located near McPherson Park but the driver refused to stop and authorities pursued. The chase ended on the Indian Hills College campus when the Dodge collided with a vehicle from the Wapello County Sheriff’s Office.

Two men were in the Dodge and they were taken to the hospital after the accident. Phillips says the two suspects were checked out as a precautionary measure.

Both men were placed under arrest. Each were found with contraband on their person when they were searched at the Wapello County Jail.

49-year-old David Richards of Blakesburg (left in picture) was the passenger in the vehicle and he has been charged with:

33-year-old Derek Davis of Coralville (right in picture) was the driver and he was charged with the following: