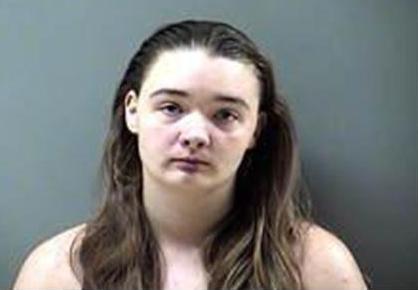 Kelsie Thomas, 23, was sentenced to five years in prison for her role in the 2018 death of her five year old daughter, Cloe Chandler.

Investigators say Thomas told police Cloe accidentally hanged herself while playing in a closet with pajama pants. Thomas later admitted to strangling her daughter to death, according to authorities.

Thomas was originally charged with first-degree murder and child endangerment resulting in death. Last March, a jury acquitted Thomas of the child endangerment charge but could not come to a consensus on the murder charge which resulted in a mistrial.

Thomas opted for a bench trial and last November Judge Lucy Gamon found Thomas guilty of involuntary manslaughter. In her ruling, Gamon noted Thomas’s actions were “horrific” but she was unable to find evidence of premeditation, which along with malice aforethought, is a required element for first-degree murder.