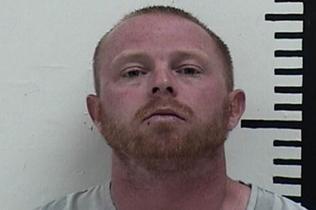 The third and final individual involved in a 2018 Packwood bank robbery was convicted on Friday, according to the Jefferson County Attorney’s Office.

Jefferson County Attorney Chauncey Moulding says a jury returned a verdict of guilty against Ross Thornton who was accused of aiding and abetting the robbery of Pilot Grove Savings Bank on June 2018. During the trial, evidence was presented that accused Thornton of being the getaway driver of the robbery. Thornton faces up to 25 years in prison. The minimum sentence is 17.5 years for first-degree robbery.

Additionally, authorities recovered $55,000 after searching Thornton’s home, some or all is believed to be from the Packwood robbery. Thornton could possibly face more charges in Jefferson or other counties, according to Moulding.

Jordan Crawford was convicted last year for planning and taking part in the robbery as well as covering up the crime after the fact. He is currently serving concurrent 25 year sentences for participating in criminal enterprise.

Ethan Spray was the third person who took part in the robbery. Moulding says Spray tendered a plea of guilty of second-degree robbery–he was charged with first-degree robbery– and turned over evidence to the attorney’s office. Spray has yet to be sentenced since he testified against his co-defendants.

Moulding believes the money garnered in the robbery was to be used to fund an interstate drug-trafficking conspiracy.

In a statement, Moulding explained the rationale behind the office offering a plea deal to Spray. In the robbery, authorities say Spray entered the bank and threatened the lives of the people inside before making off with the money. However, Moulding says the evidence against Crawford and Thornton was “diffused and disconnected.”

“Looking at the evidence against them [Crawford and Thornton] was like looking at puzzle pieces without the aid of the box top to see where each piece might fit. Solving this mystery required the testimony of someone on the inside of the conspiracy to connect the various puzzle pieces – a text message here, social media photo there, a receipt here, a cell phone signal there. Thus, I made the decision to offer Mr. Spray the opportunity to plead to a lower level offense to secure his testimony against the other co-conspirators.”

Moulding also said he believed convicting every person responsible in the robbery was more acceptable than “throwing the book” at the one offender who went inside the bank.