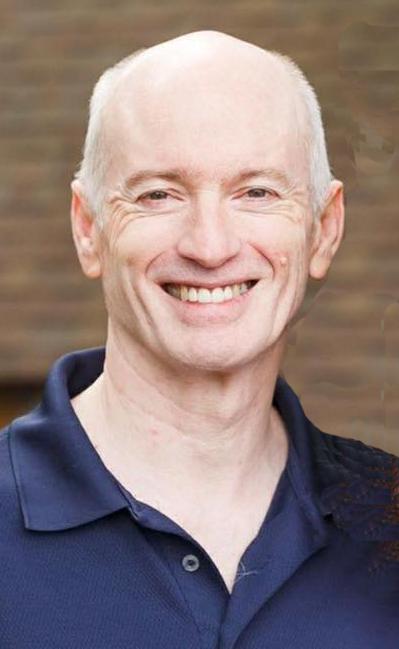 Terry Lee Hayes, 62, of Fairfield, Iowa passed away peacefully on Tuesday, May 5th, 2020 at University of Iowa Hospitals in Iowa City. He was surrounded by his wife and children. His sudden death was the result of a massive brain bleed.

Terry was born on June 4, 1957 at Washington County Hospital in Washington, Iowa to Robert and Carol (Hall) Hayes, their firstborn.  He grew up in the Pleasant Plain/Fairfield area and graduated from Fairfield High School in 1975.  He married Sallie Hinshaw on September 3rd, 1983 at her parents’ home in Richland, Iowa.

To this union were born two children, son Derek and daughter Kirsten (Matthew) Harken.  They were the pride of his life along with his three grandchildren born to the Harkens. His love and faith in Jesus Christ as his Savior was evidenced by his actions and kindness to others. He was an active lifetime member of Fairfield Friends Church.

He started his career at HyVee as the assistant bakery manager and then went to work for his parent’s fertilizer company, Jefco.  He later worked for Canaan Fluids Fertilizer, before moving on to become the manager of the Land O Lakes Fertilizer Plant in Batavia for eight years.  He left the fertilizer business in January 1990 to join his parents and wife at Century 21 Hayes Realty, which he went on to manage. He and his wife purchased the business from his parents in January 1993, later forming and running Century 21 Hayes-Heartland as part of a merging acquisition with Heartland Real Estate.  Terry and Sallie were in the real estate profession, under the Century 21 banner, for over 30 years and retired at the end of those 30 years.

Terry and Sallie engaged actively in hot air ballooning from 1992 to present, as owners of Dream Quest and Dream Quest II.  Terry became a commercial pilot of hot air balloons and was passionate about the sport. He flew his last flight Sunday, May 3rd, 2020, with his friend Mike Hadley.  Terry also became passionate about the sport of pickleball after being introduced to it while wintering in Florida.

Terry was preceded in death by his mother.  Those left to share his memories are his wife, Sallie, his father, Bob of Lockridge, his son Derek of Fairfield, his daughter and son-in-law, Kirsten and Matt Harken and his grandchildren, Gideon, Levi and Natalie Harken of Waterloo and his sisters, Christy (Dave) Watts of Lockridge and Bobbi (Doug) Smith of Sunrise Beach, Missouri.