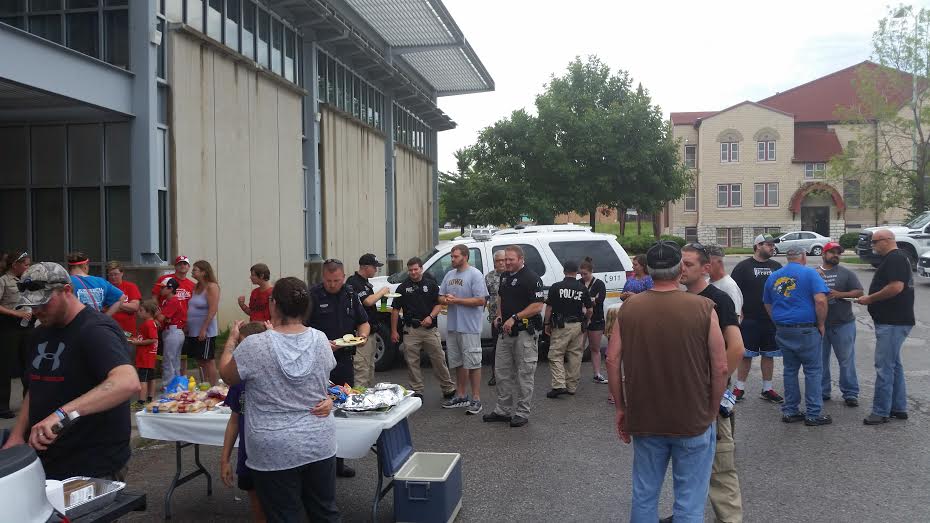 Supporters of local police officers braved the rain Sunday in order to show their support for members of the law enforcement community.

Members of the Ottumwa Police Department and Wapello County Sheriff’s Department were treated to grilled burgers and hot dogs, as well as other treats supplied by Hy-Vee.

Officers and their families were on hand talking to supporters and answering their questions.

Jules Hammelman, a Wapello County Sheriff Reserve Deputy told Ottumwa Radio News that “It really shows we have the support of the community. This is what were here for is to protect the community. It’s great to have people come out and show us this support.”

Hammelman added that in the wake of disasters such as the one in Dallas, Texas, people need to come together to support their community.

She said, “It’s the reason we do this, we put this badge on and swear to protect the community. What’s been going on is sad, we need to unite as one and come together to be here for each other.”

One of the event organizers, Tracy Caldwell, says she hopes to do these barbecues on a more regular basis moving forward.