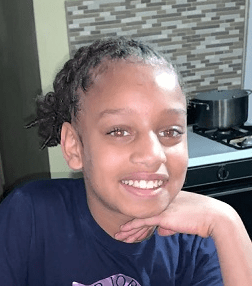 Authorities say the subject of a statewide Amber Alert issued early Wednesday morning is still missing and in danger.

Davenport police say 10-year-old Breasia Terrell was abducted last Friday. Terrell is an African-American girl who is 4’5″ and weighs 75 pounds. She wears her hair in braids and was last seen wearing a white shirt with blue and white shoes, according to the Iowa Department of Public Safety.

Police say 47-year-old Henry Dinkins of Davenport is a suspect linked to the girl’s disappearance. Dinkins is currently in custody on a separate charge of violating the state’s sex offender registry law. Reports say the missing girl’s mother had a son with Dinkins and both children were visiting him together over the weekend.

The public is being asked to call the Davenport Police Department at (563) 326-6125 with any information pertaining to the missing child.