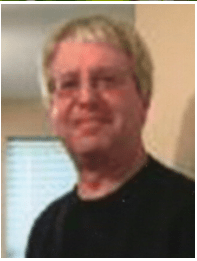 A 1973 graduate of Ottumwa High School, Craig had worked at Easter Foods during his high school years. Living a short time in Rockford, IL, Craig returned to Ottumwa and worked at Pamco in Oskaloosa. In February, 1974 he started at John Deere Ottumwa Works, retiring in March of 2020.

Craig attended Westminster Presbyterian Church in his youth. During his younger years, he enjoyed motor cross, enduro motorcycles, rendezvous muzzleloading and archery. He had been a member of UAW Local #74 and Izaak Walton League. Craig had a passion for railroad history and memorabilia, and a lifelong passion for year-round fishing. In later years, he took up bicycling. Craig was an ambitious reader, especially of history, and loved watching classic movies.

He was preceded in death by his parents; a brother, Danny Keith Breckenridge; father-in-law and mother-in-law, John Franklin and Doris Huber; and brother-in-law, Matt Huber.

His body has been cremated. No services are planned at this time. Private interment will be at a later date.

Memorials may be made to the Wapello County Trails.

“What’s more delightful than to mount your bicycle, and speed away, the whirr of the wheels, the soft grit of the tire, an occasional chain-clank, the only sounds added to the chorus of the morning.”—Maria E. Ward