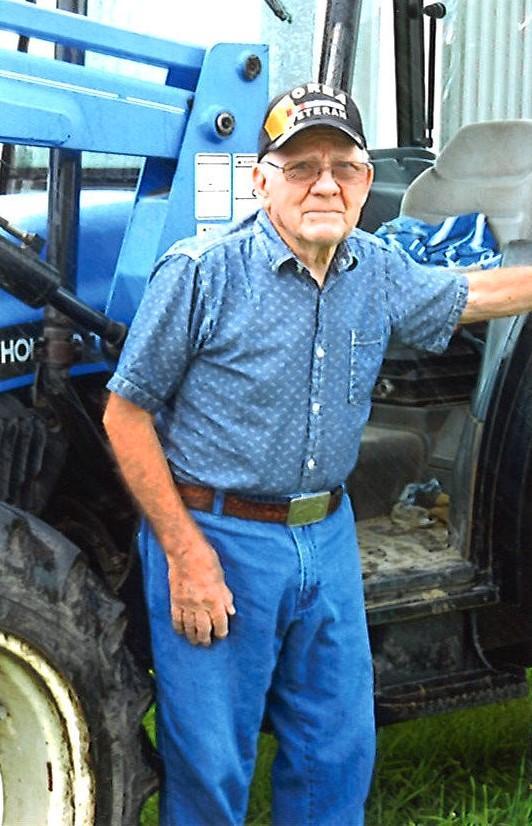 He was born September 10, 1930 in Marshalltown, Iowa, the son of Clarence and Ruby (Davis) Finch.  At an early age, Stanley received Jesus into his life as a member of the Mt. Hermon Church, a membership that has lasted his entire life.  Stanley graduated from Livonia High School and was later drafted into the United States Army in 1952.  He served his country faithfully during the Korean War, receiving an honorable discharge in February of 1954.

Stanley married the love of his life, Delphia Faye Clinkenbeard on July 5, 1952 at the Christian Church in Unionville, Missouri.  The couple celebrated five children, Gerald, Robin, James, Melody, and Holly.

Stanley resided in the Chariton, Missouri area for most of his adult life.  He was an active farmer throughout his working years, while maintaining a full-time job at the same time.

Stanley was employed with the John Morrell Company in Ottumwa for 10 years.  He subsequently accepted a position in the maintenance department at St. Joseph’s Mercy Hospital in Centerville.  A career spanning 25 years, Stanley retired in February of 1994 as the maintenance supervisor of the hospital.

He was preceded in death by his parents, Clarence and Ruby Finch; his wife, Delphia Finch; one sister, Joan Parcel; and a granddaughter, Heather Spring.

According to wishes, cremation has been accorded.  There are no scheduled services planned at this time.  In lieu of flowers, a memorial has been established to the Mt. Hermon Cemetery Fund and may be mailed to Lange Funeral Home and Crematory, 1900 S. 18th St, Centerville, IA, 52544.  Condolences may be shared online at www.langefh.com or on our Facebook page.