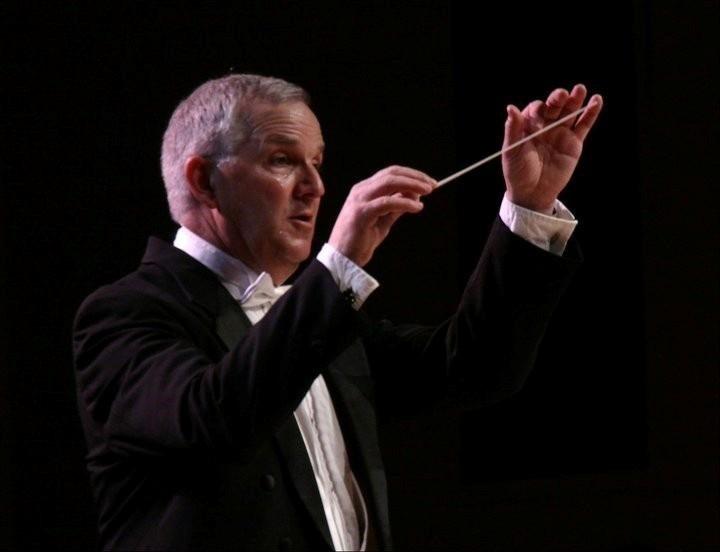 The Southeast Iowa Symphony Orchestra has unveiled plans for its 66th season.  Under the direction of conductor Robert McConnell, the regional orchestra will present a full slate of classical concerts, Kidsymphony concerts, summer & holiday concerts, the Pops and educational activities.  Complete details about the orchestra and the season are now available at www.seiso.us.

Following up on the successful Symphonic Blast held on Sunday, July 9, SEISO will perform a series of extraordinary POPS concerts beginning with Saturday, September 17, 2016 in Washington as a fund raiser for the Washington Theater.

The second performance (with dinner & concert) will be held Saturday, September 24, 2016 at Bridge View Center in Ottumwa – dinner at 6 PM with the concert at 7:30.  The Burlington Pops will follow on Sunday evening, September 25, 2016 and will be held at Memorial Auditorium – dinner at 6:30 PM and concert at 7:30/.  Featured guest artist is the group The Faux Frenchmen.  Tickets for dinner and the concert are ordered directly through the Burlington and/or Ottumwa Pops Committees. The Ottumwa event number is 641-684-8867.  The Burlington event number is 319-752-4266 and its raffle ticket order number is 319-572-1880.  Tickets for concert-only seating will be available (without prior reservations) at the door at each venue.

The music at the POPS concerts in Burlington and Ottumwa will include “Edna’s Knot”, Daisy Allen’s Waltz” and “Chromatic Drag”.  The Faux Frenchmen will also be performing at JP’s 207 in Washington on Friday, September 23rd from 7-9 pm.

Season tickets can be purchased for SEISO’s classical concert series (fall, winter and spring).  The fall concert series (October 22-23, 2016) is an enjoyable mix of fabulous music including: Beethoven’s Symphony No.6 the “Pastoral Symphony”, Dvorak’s The Water Goblin and Smetana’s Three Dances from The Bartered Bride.

SEISO’s Youth String Festival will take place on Tuesday, November 1, 2016 on the campus of Iowa Wesleyan University.  All 5th-12th grade string students who reside in Southeast Iowa are invited to attend free of charge.  Professional conductors work with four youth orchestras for the day.

There will be three presentations of SEISO’s Kidsymphony Concert for Families in Ottumwa, Mt. Pleasant and Burlington Saturday, November 12, 2016.   Music director, Robert McConnell and the SEISO will take a light-hearted approach to introducing children and their families to the symphony orchestra.  Each concert lasts about 45 minutes – not too long for little ones to enjoy from beginning to end.  They’re funny, fast-paced and very entertaining.  Tickets for Kidsymphony concerts are sold at the door ($3 for adults and $2 for kids).

The Marilyn Minford McCoid Young Artist Competition will take place on Saturday, December 3, 2016.  For details please contact the SEISO office at 319-385-6352 or online at [email protected]

A special chamber concert will be the first SEISO performance to ring the holiday season with a concert scheduled for 2:00 PM, Sunday December 4, 2106 at the beautifully restored St. Peter & Paul Catholic Church outside Harper, Iowa.  The performance is free of charge with an opportunity to make a free-will donation.

The Holly Days concert is offered free of charge and will be presented at 3:00 PM, Saturday, December 10, 2016 in the chapel auditorium at Iowa Wesleyan University in Mt. Pleasant.

The Winter Concert Series (February 11-12, 2017) promises to be a moving experience with a performance of Prokofiev’s Symphony No.1 in D major, Tannhauser by Wagner,  two works with the SEISO Regional Chorus: Mendelssohn’s Dona Nobis and Puccini’s Gloria, and the winner of the Marilyn Minford McCoid Young Artist Competition.

The SEISO School concert with the Artist-In-Residence will occur on Wednesday, March 15th.  The Spring Concert Series (March 18-19, 2017) features SEISO’s Artist-in-Residence, composer and conductor Robert Tindle.  For two weeks prior to the concerts Tindle will be teaching and performing for schools and community groups throughout Southeast Iowa.  The orchestra will complete its 66th season with the powerful Firebird Suite by Stravinsky as well as a world premiere by composer Robert Tindle, Suk’s Scherzo Fantastic, and Suppe’s The Poet and the Peasant Overture.

On Saturday April 1, 2017 the SEISO Chamber group will perform at a dinner and concert hosted by the Burlington Chapter. The music will be ab eclectic mix of classical, popular and folk music styles. The Chamber group performs the following day (April 2nd) in Fairfield at 3 pm.

During the 175th anniversary celebration of Iowa Wesleyan University the SEISO Chamber group will perform on Saturday, April 22nd.

After a little rest the SEISO will prepare for the annual Symphonic Blast held in Crapo Park in Burlington after July 4th.

Conductor and Music Director, Robert McConnell said, “I am honored to be serving as the Music Director for the Southeast Iowa Symphony Orchestra.  The SEISO has served our region admirably over its history, providing performing opportunities for scores of musicians both as orchestra members and soloists.  It has also been the first orchestral listening experience for thousands of school children and many adults. It is a bedrock arts organization in Southeast Iowa.   In short, the Orchestra has enriched, and will continue to enliven the cultural life of our region for years to come.”

Southeast Iowa Symphony Orchestra sent out ticket brochures in July. All orchestra donors will be recognized in the season’s classical concert programs at various levels, based on the amount donated.  The cost of season tickets is a bargain at $40 for adults, $25 for students and $80 for family passes.