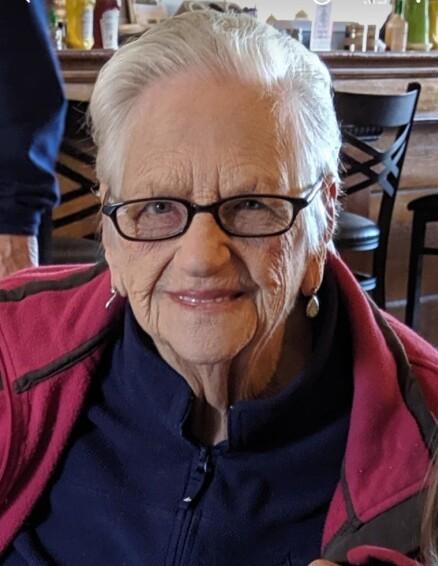 Shirley was born on May 7, 1935 in Versailles, Missouri, the daughter of Johnny and Elsie Katherine (Bellamy) Rumans.  She graduated from Udell High School.  Following high school graduation, Shirley was united in marriage to Billy Lockman on May 29, 1953 at the Methodist Church in Bloomfield, Iowa.  To this union, three children were born, Judy, Vicky and Cindy.  Billy passed away in 1980.  Shirley later married Earl Brooke in 1989.  He also proceeds her in death.

Shirley worked at Wal Mart in Centerville for several years.  She also worked at a nursing home in Albia as a Certified Nurse’s Aide.  Shirley loved listening to music and dancing, reading, cooking, and camping.  The most important part of Shirley’s life was her family.  She cherished them deeply.

Shirley was a lifelong Christian woman.  She was involved in many organizations, including, Sweet Adelines, a Girl Scout Leader, Choir Director of the Children’s Choir at church, and the Ladies Auxiliary.

Shirley was preceded in death by her husbands, Billy Lockman and Earl Brooke; her parents, Johnny and Elsie Rumans; her grandparents; her in-laws, Raymond and Lavonna Lockman; a sister in law, Maxine (Tom) Burdock; a sister, LaVerna (Dale) Riegel; a brother, James Earl (Janet) Rumans; a brother in law, Joe Smith; a son in law, Dennis Strickler; a nephew, Randy Jones; and a niece, Karen Riegel.