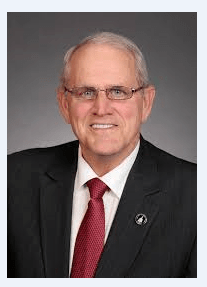 The Mahaska County Sheriff’s Office announced they found no evidence of neglect or abuse at a pig farm co-owned by a state senator.

In January, the sheriff’s office received a complaint from a representative of Direct Action Everywhere, an animal rights activist group. Rosewood Pork Inc, a company in rural Mahaka County, had hogs in the containment pens that suffered from ill-treatment, according to the representative. Last April, activists entered the facility via an unlocked gate. They took pictures and video of the pigs while inside.

Rosewood Pork Inc is owned by Iowa State Senator Ken Rozenboom and his brother Calvin. The sheriff’s office says they conducted their investigation with assistance from the Iowa Department of Agriculture and Land Stewardship.

The sheriff’s office announced Wednesday that they concluded their investigation and said there was insufficient evidence of abuse or neglect of the animals.

Rozenboom claimed the alleged abuse was committed by a farmer that was leasing the facility in April, according to a report from The Des Moines Register. Rozenboom contends the animals at his farm are properly cared for.