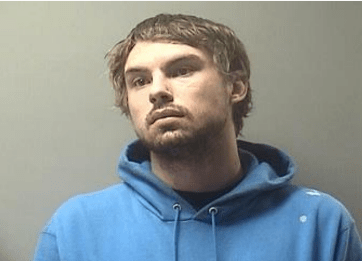 A sex offender has been arrested for allegedly not providing certain information for the Registry.

According to a press release, on September 28th, 2021, at approximately 11:37 p.m., the Wapello County Sheriff’s Office initiated a Sex Offender Registry compliance check on 24 year old Kraigen Andrew Grooms. The release states that during the course of the compliance check it was discovered that Grooms failed to provide the Wapello County Sheriff’s Office with relevant information, which is required. Grooms was subsequently placed under arrest for Sex Offender Registry Violation.  It was also discovered that Grooms had an outstanding arrest warrant issued by the 8th Judicial District for parole violation.

Grooms was arrested and transported to the Wapello County Jail, where he is being held for Failure to Comply with Sex Offender Registry (2nd and subsequent offense) and the parole violation. Grooms is being held on a bond in the amount of  $15,000.

Grooms became infamous almost nationwide in March 2014, at the age of 16, after federal investigators found a video of him engaging in a sex act with a child. Authorities say two child pornographers from Ireland and New Orleans posing as a teenage girl tricked Grooms into doing the act. The men then recorded it without Grooms’s knowledge and posted it online. In 2016, Iowa District Court Judge Randy Degeest gave Grooms a 10-year suspended sentence after he pleaded guilty to engaging in a lascivious act with a child, a Class C felony.